Android is an endemic parasitic operating system (POS, where "operating" refers to its control of the host). Preliminary studies suggest that it has been bioengineered by an evil corporation (whose slogan, ironically, is "Don't Be Evil") to infiltrate any device, organism or construct that is, or can ever be, a Turing machine.

Android infected systems, which become known as 'droids', begin exhibiting some or all of the following symptoms shortly after infection:

The precise origin of the most widespread strain of Android in circulation today is unknown, but what we can be certain of is that it has ancestral ties to the Linux kernel.

It's widely theorised that Android may be a mutation of Linux - perhaps one induced intentionally, but this would be a malefaction so grave that most don't want to accept the possibility.

When prompted for comment about possible ties to the creation of Android, the Free Software Foundation and GNU have denied any involvement, while they're eager to claim involvement in development of the Linux Operating System, they're reluctant to mention any ties with the POS, although researchers have found traces of GNU, including the coreutils and the fact that some default scenery wallpapers are the handiwork of Richard M. Stallman.

Close study of Android has revealed it's written in Java. As bad as Java is, it's not currently known how it could be used to create a tragedy of this scale. The Android source, when decompiled, is obfuscated (and perhaps unintentionally) so there is no way yet of knowing how it can be expected to behave. It's thought that parts of Java long since forgotten and outlawed are used in Android, but all attempts to look at the API have resulted in the subsequent death of the researchers.

Android is considered endemic. It's installed on 1.4 billion systems on Earth, this puts it at a 1:5 ratio with humanity.

It's speculated that because of this threat, and because of the capability of the human brain to serve as a Turing machine, that humanity will not live to see 2020.

The Meme Man has commented on this issue saying "While I think it unfair that this be the public static final String downfall of humanity, it's the most powerful meme to have ever existed. Perhaps the best way to go.". 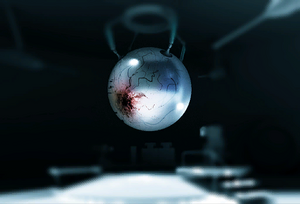 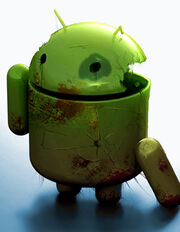 Retrieved from "https://dontrel.fandom.com/wiki/Android?oldid=4714"
Community content is available under CC-BY-SA unless otherwise noted.